When you book with an account, you will be able to track your payment status, track the confirmation and you can also rate the tour after you finished the tour.
Sign Up
1579

Meet you at Skopje Airport

Arrive in Skopje, transfer to the hotel, introducing with the program and details.

Departure from Skopje and go to Pristina and visit the Unesco places, starting with Monastery Gracanica in Pristina, (Gracanica Monastery one of King Milutin’s last monumental endowments. It is situated in the village of Gracanica, 5 km. from Pristina, the administrative centre of Kosovo and Metohija region. The outside was built in 14th century and painted in mid-16th century.) little walk to the center of Pristina, continue to Pec and visit Pecka Patrijarsija,(The Monastery of the Patriarchate of Pec is located at the very entrance of the Rugova gorge near Pec. The complex of the Pec churches is the spiritual seat and mausoleum of Serbian archbishops and patriarchs. An entire history of the styles of medieval wall painting can be seen on the walls of the Pec churches.) after that visit the DECANI Monastery (Visoki Decani Monastery is situated in the western part of the UN administered Serbian province of Kosovo and Metohija. It was built between 1327 and 1335 by the Serbian medieval king St. Stephen of Decani and was dedicated to the Ascension of the Lord. The monastery is settled in the picturesque valley of the Bistrica River surrounded by the mountains and forests of the Prokletije mountain range it is the largest and best preserved medieval monastery in Serbia.) and by end of day arrive in Prizren. Accommodation in hotel. Overnight in hotel.

After breakfast visit the Our Lady of Ljevis in Prizren (The church of the Most Holy Theotokos is located in the old part of Prizren. Remains of the older church buildings are under the foundations of the present church.) and after that continue to drive until National Park Durmitor.(The largest national park in Montenegro, which from 1980 is on UNESCO’s list of world natural and cultural heritage. It includes the massif of Durmitor, the canyons of the rivers Tara, Draga and Susica highest part of the canyon valley Komarnica, with which tower numerous peaks, of which 48 of them with more than 2,000 meters above sea level. Durmitor is decorated with 18 glacial lakes called “mountain eyes”. Tara river canyon, whose height is 1.600m above the level of the river, is the largest in Europe and includes 1,500 species of plants and 130 species of birds.) After short visit, continue to Podgorica, short break for visiting the city or coffee and after that departures to Budva. Arrive at Budva late in the evening.

After breakfast visit the Kotor with the beauty that city have,(Kotor is situated in a most secluded tip of Boka Kotorska bay, in the northern part of the Montenegro coast on the Adriatic Sea. Kotor has developed around Stari Grad (local language for “old town”), the city’s old town and best known landmark, which is listed with UNESCO World heritage sites.) after that going in Croatia and visit the city of Dubrovnik and Dubrovnik Old Town. (The ‘Pearl of the Adriatic’, situated on the Dalmatian coast, became an important Mediterranean sea power from the 13th century on wards. Although severely damaged by an earthquake in 1667, Dubrovnik managed to preserve its beautiful Gothic, Renaissance and Baroque churches, monasteries, palaces and fountains. Damaged again in the 1990s by armed conflict, it is now the focus of a major restoration programme coordinated by UNESCO.)After that return in Budva. Overnight.

After breakfast departures to Gjirokastro with visit the major city Tirana.(Tirana is located on a plain on the site of a Byzantine fortress and has been the capital since 1920 (visits to the Skanderbeg Square, Mosque of Ethem Bey (built in 1824), the Clock Tower (built on 1822), the National Museum (the huge mosaic on front represent the Albanian history development, Archaeological Museum.) Arrive in Gjirokastro.(Gjirokaster is a town and a municipality in southern Albania. Lying in the historical region of Epirus, it is the capital of Gjirokaster County. Its old town is inscribed on the World Heritage List as “a rare example of a well-preserved Ottoman town, built by farmers of large estate.” Gjirokaster is situated in a valley between the Gjere Mountains and the Drina River, at 300 m (984 ft) above sea level.) Accommodation in hotel. Sightseeing the city. Overnight.

Departures to Butrint with visit of Sarande and Kamala, visit the UNESCO place Butrint and departures to Berat. (Butrint, located in the south of Albania approximately 20 km from the modern city of Sarande, has a special atmosphere created by a combination of archaeology, monuments and nature in the Mediterranean.) After visit the Historical center of Berat (Berat, a UNESCO World Heritage site, is known as the “Museum City of Albania”. Berat lies on the sides on the Osum River with a backdrop of Mount Tomorr, elevation 2,416m/7,927ft. Additionally a 2,500 year old castle overlooks the city with numerous, high architectural and historical stone.) drive to Ohrid. Overnight.

After breakfast, sightseeing tour of Ohrid with visit the fortress Samuel, Plaoshnik, St. Kaneo, Gallery of Icons, St. Sofia.(Situated on the shores of Lake Ohrid, the town of Ohrid is one of the oldest human settlements in Europe. Built mainly between the 7th and 19th centuries, it was the oldest Slav monastery (St Pantelejmon) and more than 800 Byzantine-style icons dating from the 11th to the end of the 14th century.) After that walking try Ohrid Old Bazaar and departures for Skopje. Skopje sightseeing tour in afternoon – Skopje is the capital of the Republic of Macedonia, the City that lying in the heart of the Balkan Peninsula, at the crossroad of important communications, a city with a 2000 years old tradition.Skopje is steadily becoming a vital regional route for international flight operators. The town with the beautiful quay of the Macedonian river “Vardar”, the narrow streets in the Old Bazaar which is the biggest bazaar preserved in the Balkans today, the town is internationally famous for being the birthplace of Mother Teresa. Overnight. 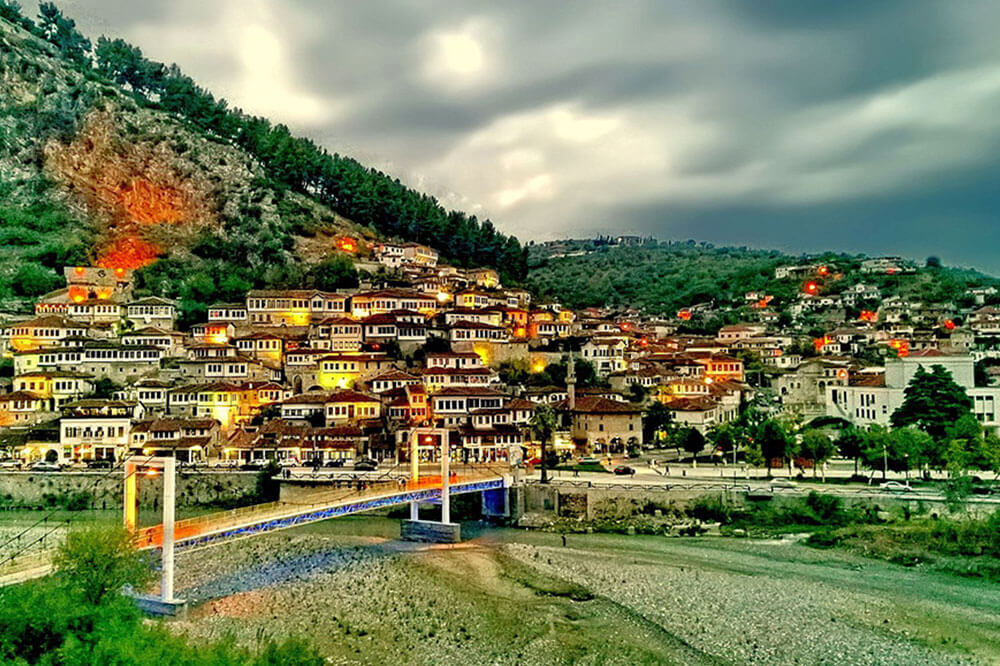 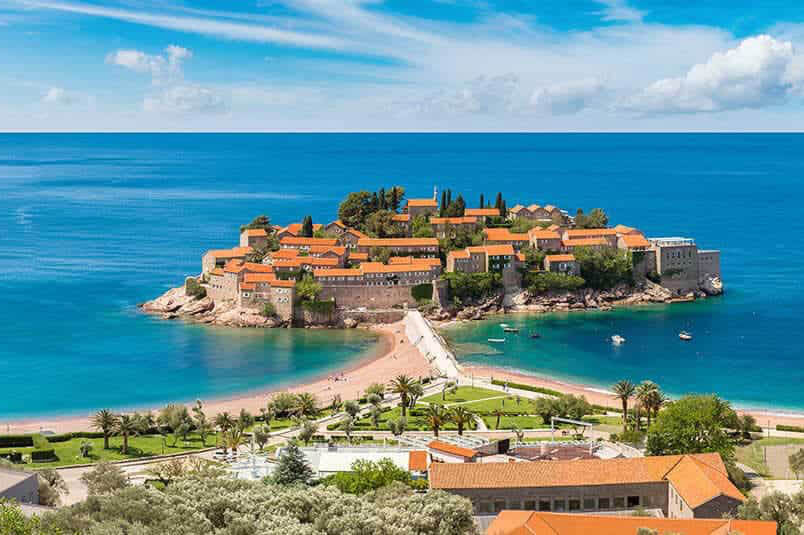 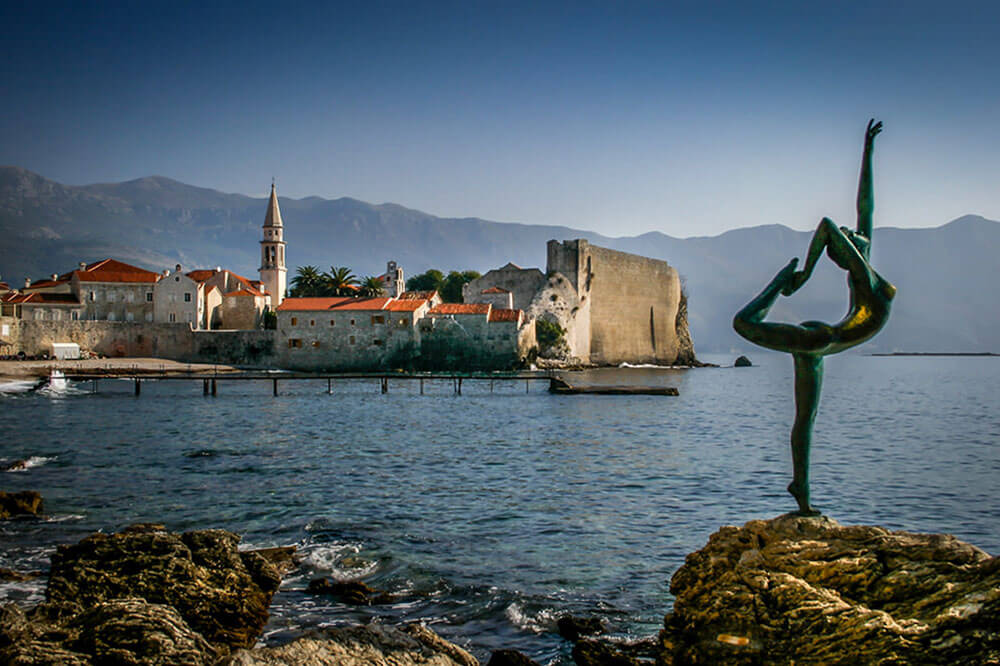 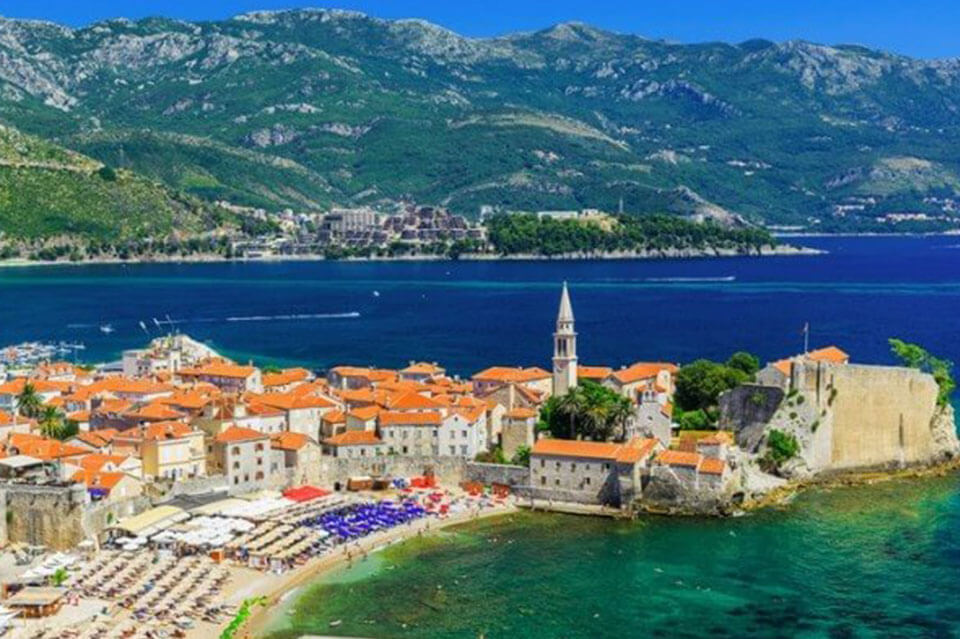 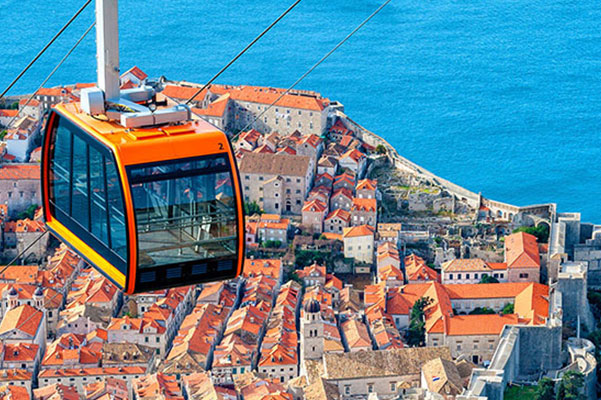 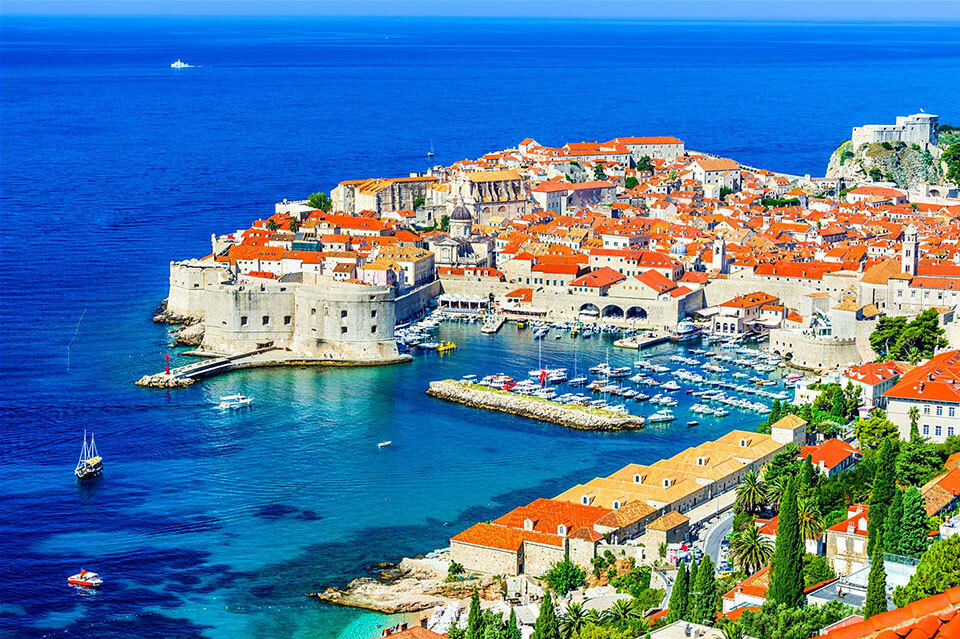 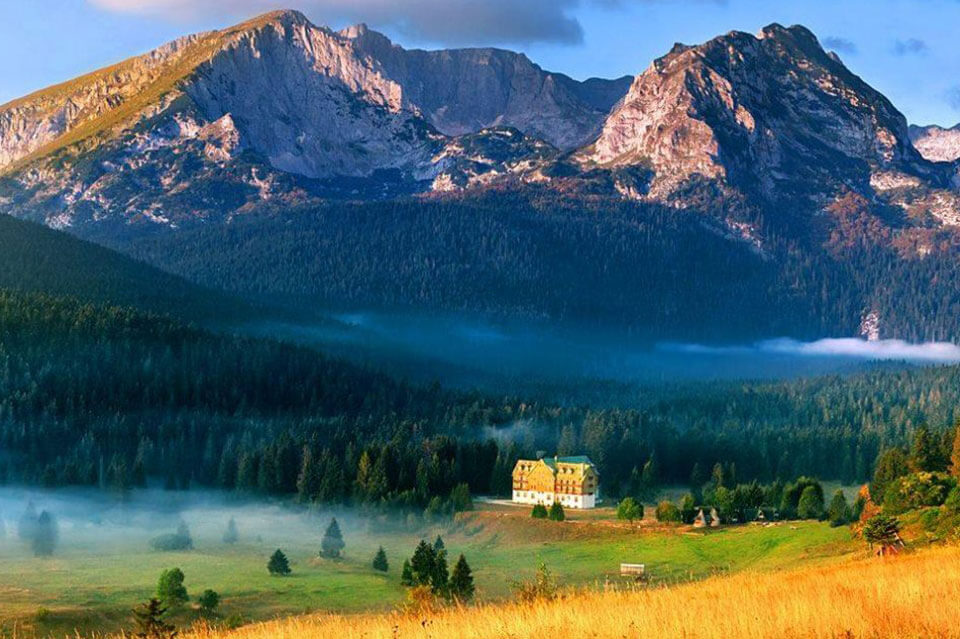 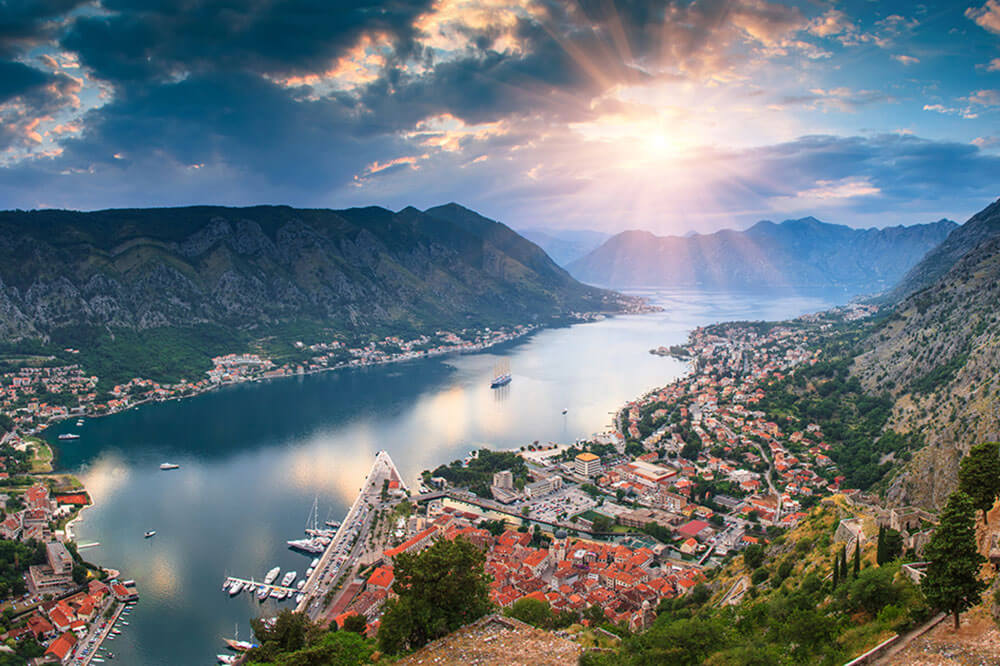 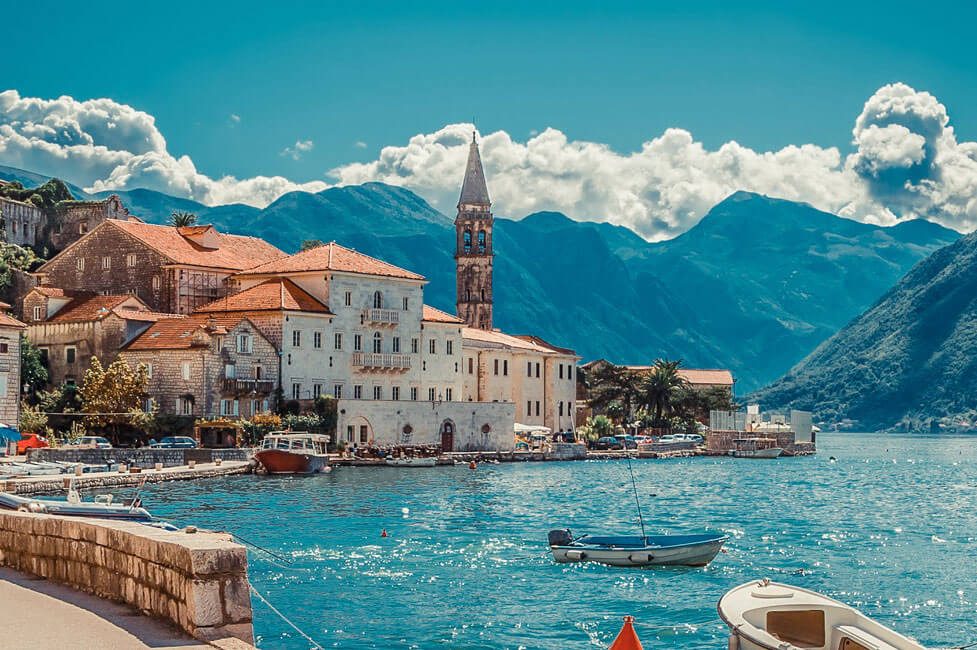 More about this tour

Start and end in Skopje! With the Active Adventure tour Balkan UNESCO Program, you have a 8 days tour package taking you through Skopje, Macedonia and 12 other destinations in Europe. Balkan UNESCO Program includes accommodation in a hotel as well as an expert guide, transport.