Private Tour of Ohrid from Skopje

When you book with an account, you will be able to track your payment status, track the confirmation and you can also rate the tour after you finished the tour.
Sign Up
1578

InformationTour PlanGalleryAdditional Info
Its is not only a tour, but it's a pleasure also..

All the Roads lead to Ohrid

Ohrid is a town in southwestern North Macedonia on the shore of Lake Ohrid. A town of vast history and heritage, it was made a UNESCO heritage site in 1980. Nestled between high mountains up to 2,800 m and Lake Ohrid, it is not only a place of historic significance but also of outstanding natural beauty. Ohrid is the jewel in North Macedonia’s crown. Ohrid is known for once having 365 churches, one for each day of the year, and has been referred to as a “Jerusalem of the Balkans”. The city is rich in picturesque houses and monuments, and tourism is predominant. It is located southwest of Skopje, west of Resen and Bitola. In 1979 and in 1980 respectively, Ohrid and Lake Ohrid were accepted as Cultural and Natural World Heritage Sites by UNESCO.

Skopje – We pick up you form your accommodation…

Skopje – We drop off you to your accommodation…

The Tour includes visit to the city Ohrid, starting from Skopje. Drive time Skopje – Ohrid its take about 2 hours.

After arrive in Ohrid – starting a tour with visit of the church of St. Sophia which dates from the 11th century and then we go up to the Roman amphitheater which dates back to the 3rd century BC. Afterwards we continue walking to the Icon Gallery, which shows a range of some of the most famous and valuable icons in the world right after the ones on Athos and in Russia. In the vicinity of the gallery is the church of St. Clement’s Church of the Holy Mother of God Most Glorious which dates from the 13th century and possesses some of the most beautiful and valuable frescoes from the 13th century not only in our country but in the Balkans as well.

After that we carry on walking to Tsar Samoil’s Fortress which was named after the first tsar of the Macedonian Slavs, who having conquered Byzantium, brought most of Macedonia under his rule. Then we walk to Plaoshnik, the place where we visit the newly built St. Clement’s Monastery Church which is dedicated to St. Clement, the patron of Ohrid, and St. Panteleimon and which stands beside the original site of St. Clement’s University, the first university of the Macedonian Slavs started in the 9th century AD. Inside the church you can also see the tomb with St. Clement’s relics.

Beside the church you can see the foundations of the 5th-century basilica with beautifully preserved mosaic floors and some swastikas also discovered on the floors. From here we head towards the Church of St. Jovan at Kaneo, which was built at the end of the 13th century, and is one of the most frequently visited churches in Ohrid because of its beautiful location on the cliffs directly above the lake. After this we go back to the town on foot. Another option is to return to the town by boat and at the same time to make a tour of the lake providing you with a great view of the town. After a short brake leaving for Skopje. 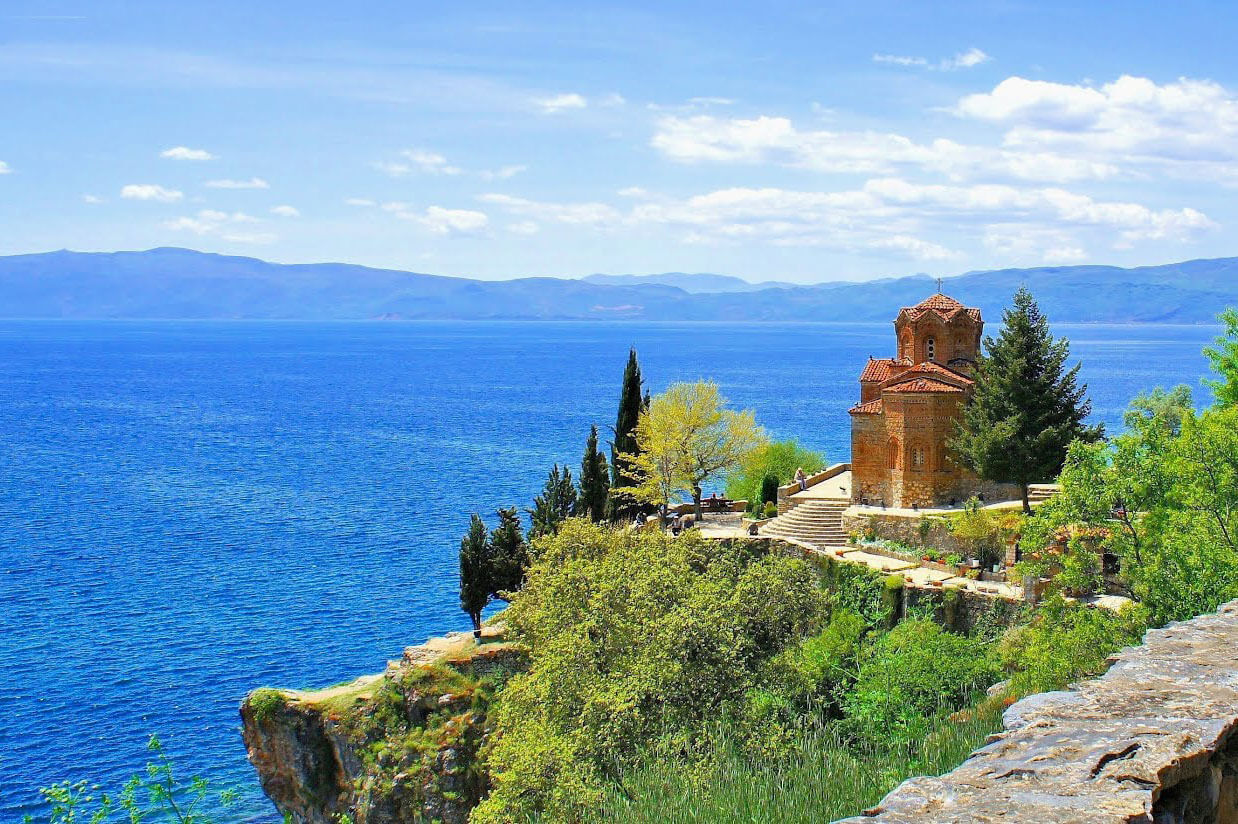 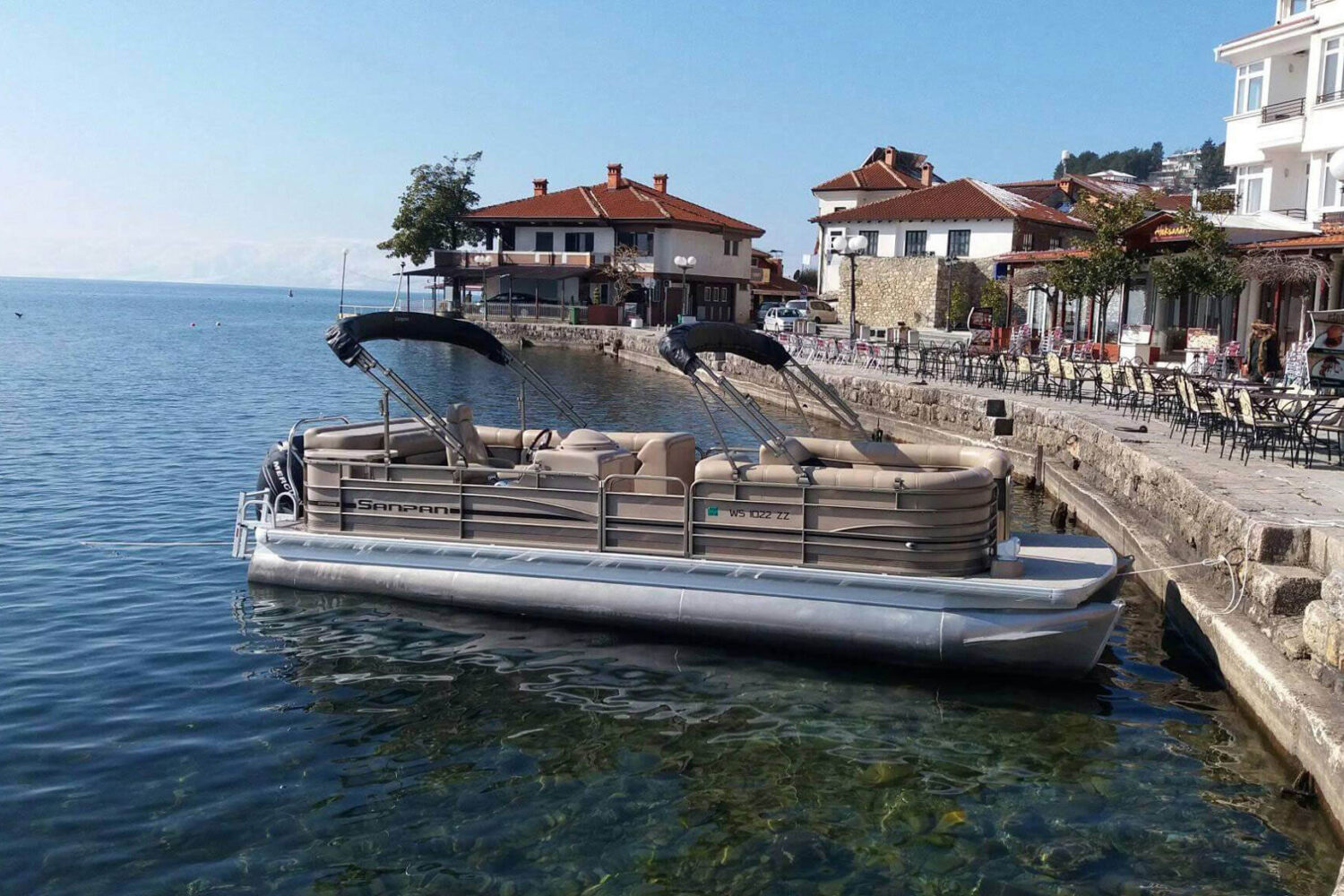 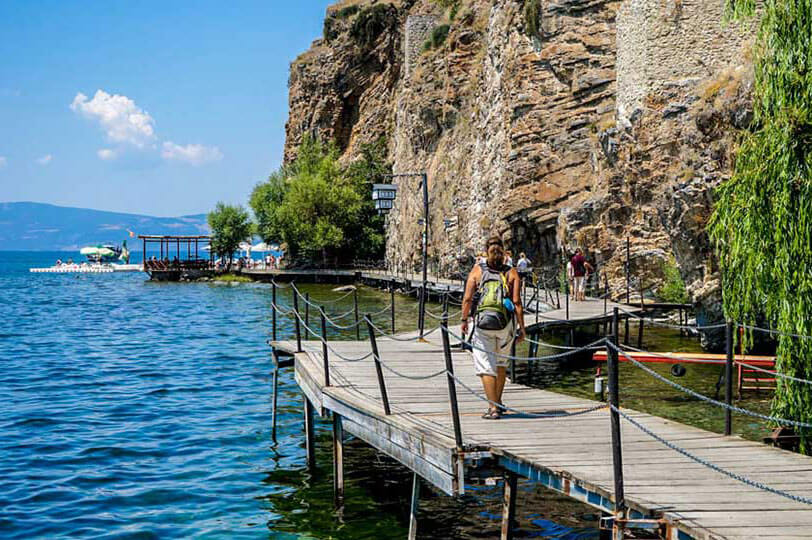 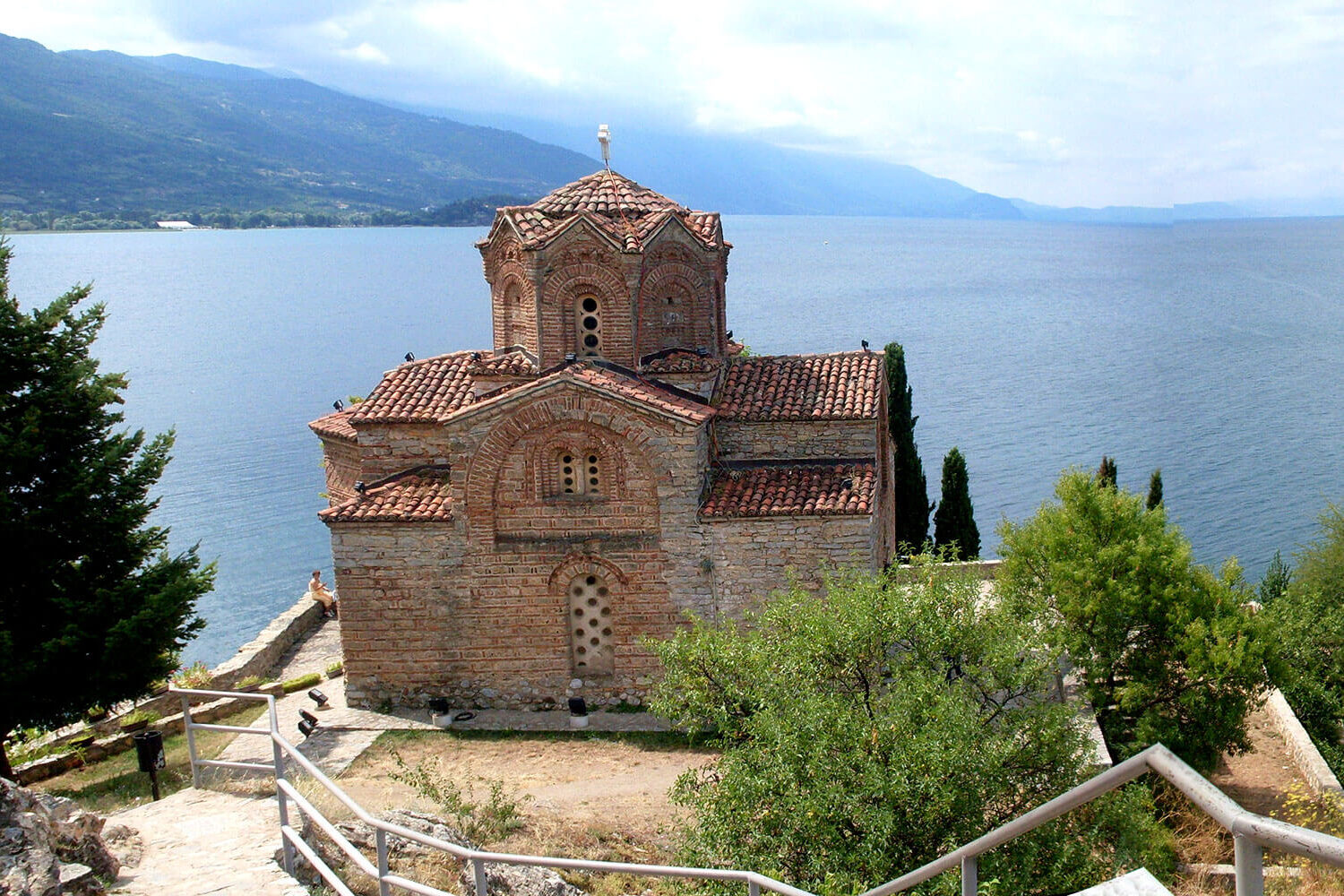 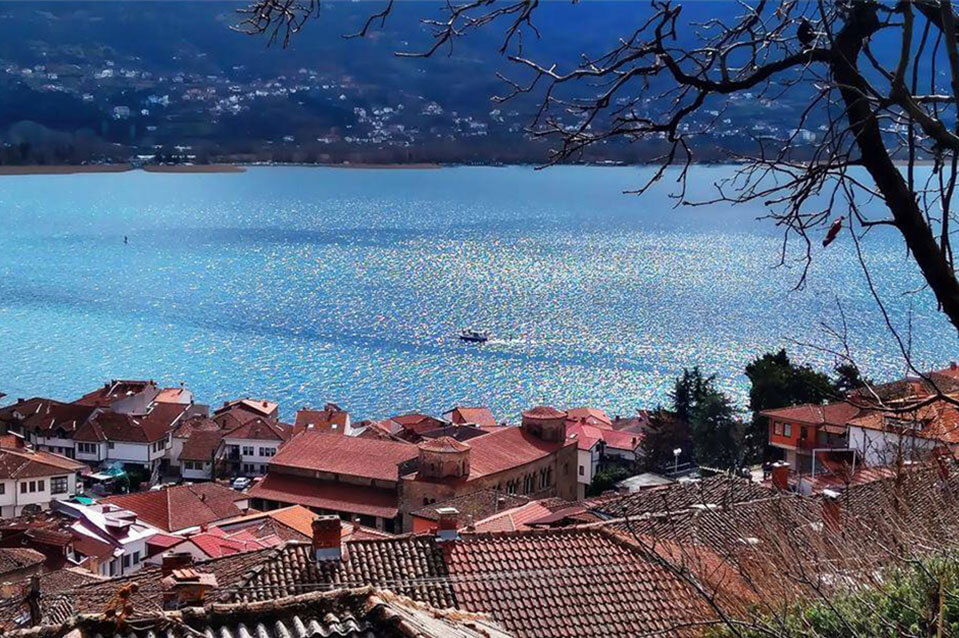 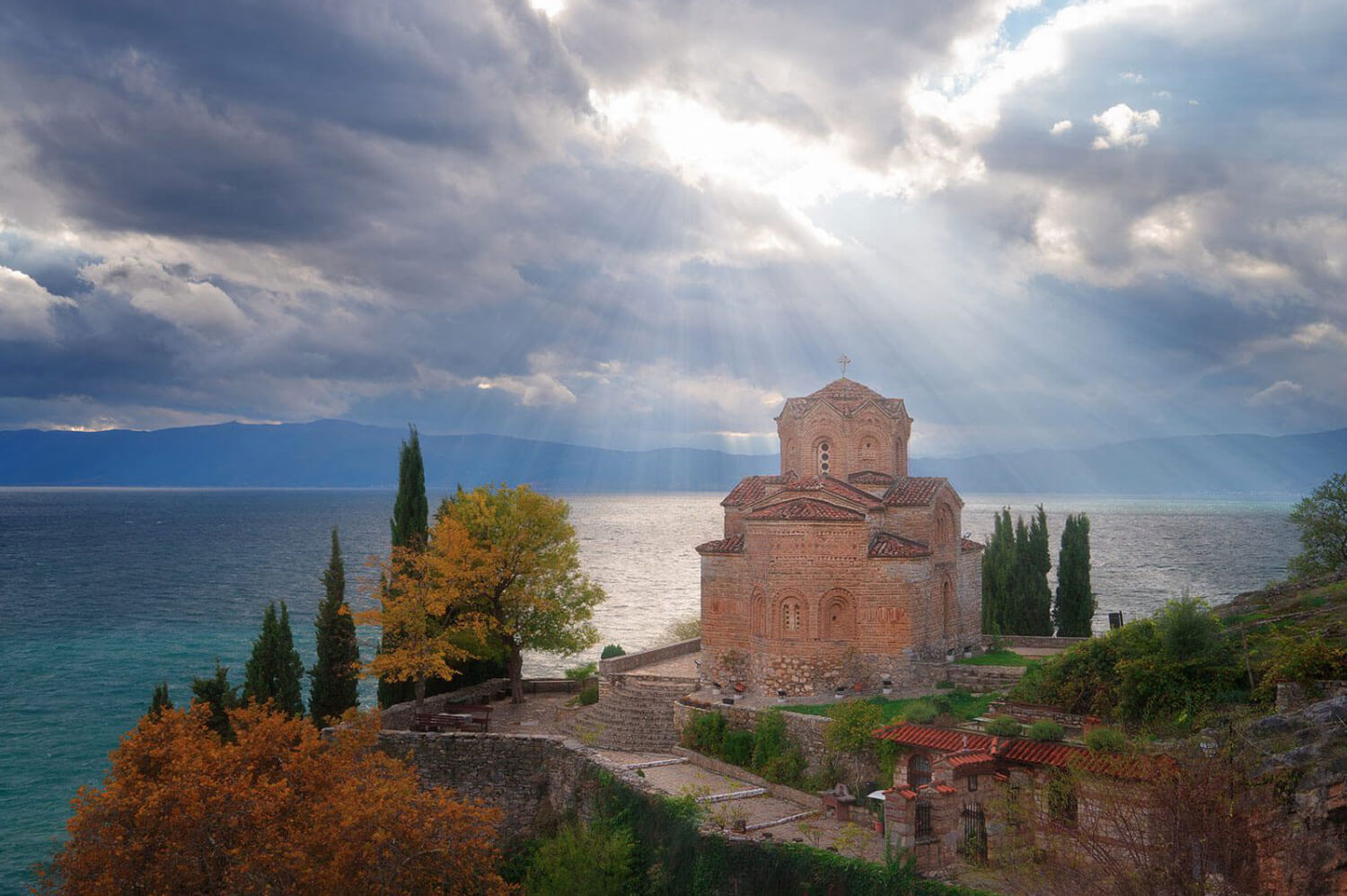 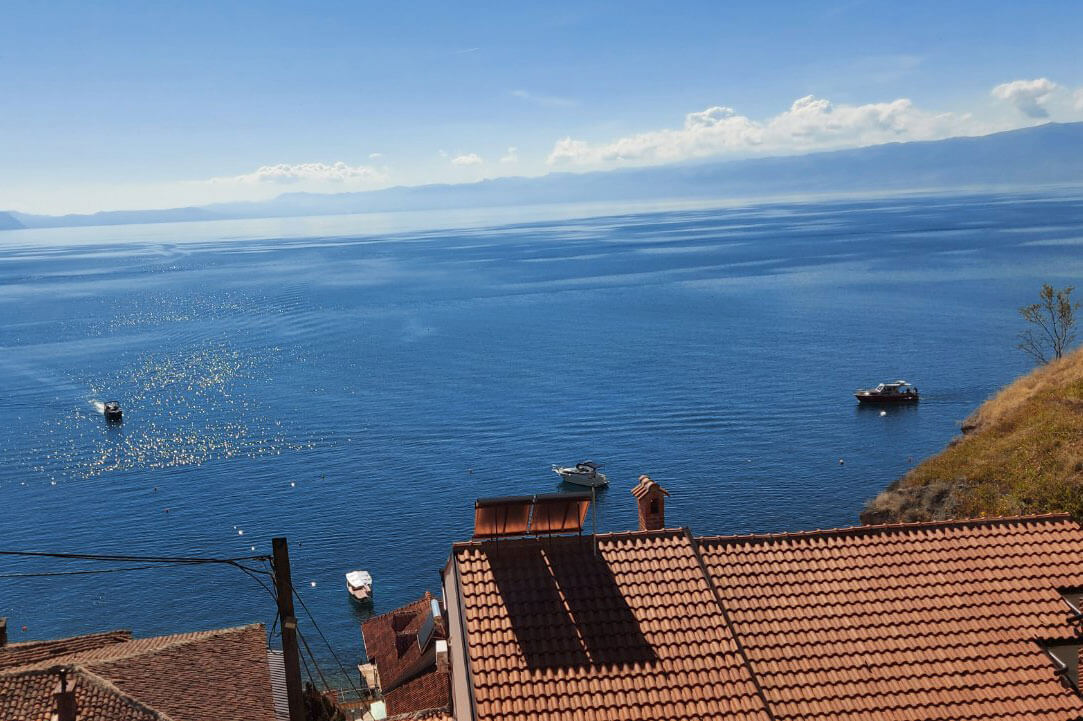 More about this tour

Nicknamed the ‘Jerusalem of the Balkans’, Ohrid is one of the oldest settlements in Europe, and was once considered to be the epicenter of religion and Slavic culture. Its history is evident in every building that lines the city’s old town. However, it is Lake Ohrid that makes the city a unique historical artifact. At three million years old, it stands as one of Europe’s oldest and deepest lakes, and gives Ohrid the prestige of being named as both a cultural and natural UNESCO World Heritage site.